Android to Become 'Workhorse' of Cybercrime

As of the end of 2014, 16 million mobile devices worldwide have been infected by malicious software, estimated Alcatel-Lucent’s security arm, Motive Security Labs, in its latest security report released Thursday (Feb. 12).

Such malware is used by “cybercriminals for corporate and personal espionage, information theft, denial of service attacks on business and governments and banking and advertising scams,” the report warned.

Some of the key facts revealed in the report — released two weeks in advance of the Mobile World Congress 2015 — could dampen the mobile industry’s renewed enthusiasm for mobile payment systems such as Google Wallet and Apple Pay.

At risk is also the matter of privacy. How safe is your mobile device? Consumers have gotten used to trusting their smartphones, expecting their devices to know them well enough to accommodate their habits and preferences. So the last thing consumers expect them to do is to channel spyware into their lives, letting others monitor calls and track web browsing. 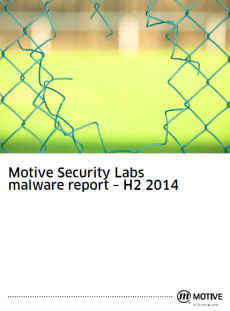 Cyber attacks
The latest in a drumbeat of data hacking incidents is the massive database breach reported last week by Anthem Inc., the second largest health insurer in the United States. There was also the high profile corporate security attack on Sony in late 2014.

Declaring that 2014 “will be remembered as the year of cyber-attacks,” Kevin McNamee, director, Alcatel-Lucent Motive Security Labs, noted in his latest blog other cases of hackers stealing millions of credit and debit card account numbers at retail points of sale. They include the security breach at Target in 2013 and similar breaches repeated in 2014 at Staples, Home Depot Sally Beauty Supply, Neiman Marcus, United Parcel Service, Michaels Stores and Albertsons, as well as the food chains Dairy Queen and P. F. Chang.

“But the combined number of these attacks pales in comparison to the malware attacks on mobile and residential devices,” McNamee insists. In his blog, he wrote, “Stealing personal information and data minutes from individual device users doesn’t tend to make the news, but it’s happening with increased frequency. And the consequences of losing one’s financial information, privacy, and personal identity to cyber criminals are no less important when it’s you.”

According to the report, in the mobile networks, “Android devices have now caught up to Windows laptops as the primary workhorse of cybercrime.” The infection rates between Android and Windows devices now split 50/50 in 2014, said the report.

This may be hardly a surprise to those familiar with Android security. There are three issues. First, the volume of Android devices shipped in 2014 is so huge that it makes a juicy target for cyber criminals. Second, Android is based on an open platform. Third, Android allows users to download apps from third-party stores where apps are not consistently verified and controlled.

In contrast, the report said that less than 1% of infections come from iPhone and Blackberry smartphones. The report, however, quickly added that this data doesn’t prove that iPhones are immune to malware.

With the retirement of 2G and 3G inevitable, the IoT industry is going through...

Analyst firm IoT Analytics estimates that the global base of 5G connected...