Fairchild reinvents itself: Page 3 of 4

Fairchild is also tackling energy efficiency in other applications, adding $1 billion to its advanced lighting systems budget another $1 billion to its cloud computing budget. It also plans to make subsystems that will make electric, hybrid and gasoline vehicles more fuel efficient.

"Automobiles are changing more now than in any previous time in history," Ullal told EE Times. "But we must be realistic -- gasoline powered vehicles are not going away overnight. Electric and hybrid vehicles are only maybe 5 to 10 percent of the market, so we have to work on improving the fuel efficiency of the internal combustion cars too," Ullal said.

For instance, the most gasoline is used during starting up from a dead stop, but smart systems can eliminate that waste with a start-stop strategy. While braking to come to a stop a generator stores that energy in a battery of supercapacitor, then a small electric motor is used to start the car back up off-the-line making a dramatic impact on fuel efficiency, according to Ullal, who claims that 90% of Fairchild's revenue comes from power solutions.

For an smarter energy efficient start-stop systems, you need what we make, an integrated starter and generator. Auto makers want reliability, better quality, but the most important thing is time to market. Those companies who can put these subsystems in a really neat package with low parasitics, high energy density, high quality, high reliability plus be cost effective -- you are probably looking at two guys -- Fairchild and maybe Infineon. 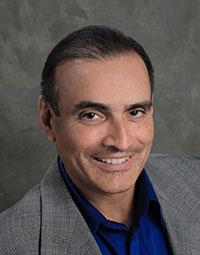 Ullal claims that MEMS sensors will eventually be a standard part of almost everything we make -- even our clothing may need to know where it is, what it is doing and where it is going.