Coming after the solid third quarter results that produced higher operating margins and improving cash flow, Freescale Semiconductor's CEO Gregg Lowe had every reason to be chipper and lively when EE Times caught up with him on the phone on Tuesday, October 28. 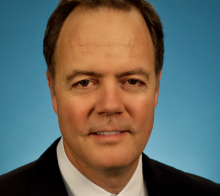 The storied semiconductor company, once described as an "intensive care" patient, appears to have re-discovered its groove -- steadily, if not spectacularly.

Rejuvenating Freescale in recent quarters, according to Lowe, have been two factors: an "explosion of connected devices" also known as the Internet of Things (IoT), and "cars so aware of their surroundings that they can't get into accidents."

Of course, Freescale isn't alone in pursuing IoT. Nor is Freescale the only chip vendor enjoying the growth of semiconductor content in the automotive market. So what's so special about Freescale?

To provide possible answers, here's an excerpt of EE Times' interview with Lowe.

EE Times: You believe IoT is more than just a buzz word. You say Freescale is better positioned to mine the growing IoT market. How so?

Gregg Lowe: When you look at the IoT market, there are three important pieces. First is energy efficiency, second, scalability and third, security.

Energy efficiency is important for every connected device. Whether it is a wearable or handheld device, it needs to consume less power. IoT needs to scale from small to larger devices -- like a monitoring device that goes inside the backbone of the Internet.

But most important to IoT is strong security. If 25 billion devices are going to be connected, suggested by some in the next few years, they're creating that many opportunities for hackers to cause trouble. Security is the key.

EE Times: So, how do those three attributes translate to your product portfolio?

Lowe: We have the industry's lowest power MCUs, which are a part of our Kinetis family of 32-bit MCUs, addressing energy efficiency.

As for security, although it may not be obvious, Freescale has long experience in developing encryption engines for network processors. It fits nicely into the security piece of the IoT market.

In essence, with our large product portfolio, we're covering an end-to-end IoT market, starting from the core of the network to the edges.

EE Times: IoT means a lot of things to a lot of people. In which segment are you seeing bigger growth?

Lowe: IoT can be medical devices, or it can be connected cars. At Freescale, in mining the IoT market, we're not picking end products to win.

If there are connected tennis shoes, we want to be a part of it. It there are monitoring devices for the elderly, we want a piece of that market, too. If someone is building an automatic dog feeder, we want that. We don't want to choose. We want to be everywhere.

EE Times: But that means that you will end up with a growing team of field engineers who must cover a really wide waterfront by supporting diversified IoT devices.

Lowe: We have a sizeable sales force of our own. But we also work with our distributors very closely.

Earlier this year, we made a significant change to our distribution strategy by narrowing from three to two global distributors. We're getting more attention from those two now.

I don't know about other companies but we have a philosophy that our distributors are our true partners. We train them just as we do with our own applications engineers. Our distributors provide thousands of feet on the ground. Our footprint in Asia, for example, is phenomenal.

Two or three weeks ago we held training. We saw a big increase in the number of application engineers who participated in the program.

I think it also helps that kinds of products we offer -- scalability and energy efficiency in MCUs -- are right up their alley. They're something their customers are asking for.

EE Times: I'd like to switch gears and ask you about the automotive market. I heard during the earnings call that the unit growth of cars has been a modest 3% in 2014. It's estimated to remain the same in 2015. So, automotive chip suppliers -- not just limited to Freescale -- are all betting their growth on the same thing: the increasing semiconductor content in cars. How do you see Freescale's automotive business differentiated from your competitors'?

Lowe: As you know, the automotive market has a longer life cycle. It requires a significantly longer time to ramp. The impact of failure [to meet the obligation of your customers] could be huge.

Forty-five percent of Freescale's revenues come from automotive-related business. As a long-term automotive chip supplier with a significant portion of our product portfolio tied to automotive, we think we've gained trust from carmakers and Tier One suppliers. We're different from other chip companies who are getting on the automotive bandwagon just now and who may or may not be interested in the automotive business five years from now.

EE Times: In which part of the automotive business are you seeing the highest growth?