In announcing the planned acquisition of Freescale Semiconductor, NXP Semiconductor CEO Rick Clemmer last week explained how he expects the new entity — NXP and Freescale combined — to lead the growing automotive electronics market.
Reger, responsible for automotive R&D, said, “We don’t necessarily get funding for everything we want to innovate. Sometimes, my job is to steal good ideas from other division within our own company.”

The idea from the wireless HDMI team was compelling. But Reger knew that going from 60GHz to 80GHz would be a big jump. “I told them, ‘Guys, shouldn’t we do a test chip first?’”

On Christmas Eve, 2013, Reger got a phone call from the team. “It was exactly midnight,” he said. “I was informed of the chip’s tape out. I told my family how excited I was, but also said they probably wouldn’t understand…” 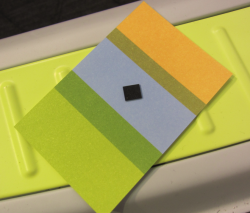 By the end of March, the team got the new chip, called Dolphin, back from the factory. Early April, 2014, they put together demo boards. By May, Dolphin, which was working “way better than expected,” according to Reger, was shown to the management board. “Everyone on the board joined the demo; by jumping out in front of the radar system, testing Doppler effect, checking out how it works. The whole demo turned into a toy for boys.”

Dolphins prototype modules have been designed into Tier Ones’ systems for several months now, for further testing.

Meanwhile, NXP is keeping Dolphin’s details close to the vest. Reger is neither talking of the exact geometry used for the 80GHz RF CMOS front-end chip nor the timing for launch of production chips. But he’s confident of the technology, and he sees big traction for it from automakers.

Radar or vision?
As to the future of ADAS, the auto industry isn’t choosing radar over vision or vice versa.  Euro NCAP isn't mandating either radar or vision. Nor is it asking carmakers to have both.

Vision technologies excel in tasks like detecting lane markings and other road information, such as reading traffic signs, reliably detecting pedestrians, and lighting functions such as controlling the high/low beams.

Build your own ToF sensor array for SLAM

This month, Terabee is giving away five of its TeraRanger Evo Mini Array kits (8-sensor version), worth 279 Euros each, for eeNews Europe's readers to win.